Skip to content
MoneyWhat is Exactly is Blockchain Technology?

What is Exactly is Blockchain Technology?

Blockchain technology is a new and disruptive way of handling online transactions. It has the potential to revolutionize the way we do business, and its implementation has already had a significant impact on several industries. Here’s a quick rundown of what blockchain is and how it works.

Essentially, a blockchain is distributed ledger technology, where a node (user) keeps a record of transactions (blocks) on their electronic device (ledger). It’s a permanent database that allows for real-time verification of block transactions with no middleman figure or central authority needed to keep it secure and accurate (decentralization).

The entire network is duplicated, monitored, and stored digitally throughout a global database. Since each piece of data is unique to every computer in the system that participates, it becomes harder for hackers or other individuals with bad intentions to access or abuse those information points because they’re irreplaceable. If a node becomes compromised, the blockchain network will continue to function due to its sophisticated verification system.

How Does Blockchain Work?

Blockchain technology’s central creation is the digital ledger, which tracks and maintains a database of information on all members of these particular online networks.

In this blockchain record, all members’ data can be erased or modified at any given time – however, not just anyone is permitted to do so. A consensus of computers within the network must approve an individual’s information before it becomes eligible for reuse and regenerated into a new version with updated values/information. Because these records are permanent as far as their inclusion process goes (unlike other data security solutions or policies), they’re considerably safeguarded against hacking attacks.

How Is Blockchain Used?

Blockchain technology is being used for various purposes across many industries and institutions, but quite frankly, it doesn’t always fall under the same category or terminology. In fact, because blockchain’s inception is considered more than just a new kind of data storage mechanism (as noted above), some firms can use it across different fields. Here are the most common ways it’s used in more detail:

Cryptocurrencies, such as Bitcoin, Ethereum, or Ripple, are the first things that come to mind when the word blockchain is mentioned. Some of these types of crypto use blockchain technologies to allow different users or groups to make and send payments without dealing with the issues during digital currency transactions. These peer-to-peer digital currencies are totally decentralized, which means no central authority or bank controls them.

Blockchain technologies have also been used by various industries and companies to create more secure systems, such as encrypting media content that’s being shared across the web. This is done to help safeguard against any kind of digital or physical copyright violations from taking place, as well as to make the transmission smooth and discrete.

Many people are getting excited about blockchain technologies because it’s widely reported that they’re moving banks away from their traditional systems and into the “blockchain world.” In fact, the most well-known tech companies that use blockchain technologies are a part of the banking industry. For instance, IBM has invested heavily in financial institutions and created its own investment technology for these firms called Bluemix (click here to learn more about this technology).

Tech companies are creating a wider variety of applications and functions using smart contracts, which use blockchain technologies to verify the validity of agreements. This could affect those who’ve bought property or even beneficial partnerships utilizing this technology.

These six industries have benefited from the greater security and ease-of-use capabilities these emerging blockchain technologies provide. While some agree with them having been implemented at the expense of blockchain technology’s other uses (like privacy and securing data), there is no denying that these blockchains have had a significant impact on virtually every area of business.

Traditional supply chain management and visibility have always been a challenge globally. Still, blockchain technology is making it more common for all companies to be able to track their supply in real time. This allows any company who wants quick tracking of goods or services from supplier to customer, which hopefully shuts off hidden problems that can affect everything from product authenticity to shipping times.

Eager to improve and protect their patients’ medical records, healthcare practitioners switch the practice of using pen and paper instead of using a special computer notebook. The doctor then records all procedures on this blockchain system and is held accountable by nodes run by hospitals all over the country. To repay these services, they negotiate with insurance companies for group health coverage plans after every twelve months has passed (instead of every three months). Later down the road, some healthcare providers start using artificial intelligence to calculate and automate even more procedures (such as performing surgery). Doctors can email the patient’s records directly to ensure confidential information doesn’t leak out of hospital rooms. In addition, patients have access only to their own personal notes that can be viewed on their phones or tablet.

Concerns about voter fraud can be satisfied by adding voter records to a blockchain that’s stored centrally. Voters can only vote with their own private keys with the utmost loyalty. In this decentralized way, the information would be inaccessible to all but them (for better or worse ).

The blockchain enables the creation of an entirely distributed, decentralized global ledger that’s instantly accessible to all. It benefits users who don’t need to rely on a centralized authority for verification.

The transparent nature of blockchains makes it possible to see everything happening in all parts of the organization at once. This allows users to monitor problems and spot any discrepancies with assets or operations before they become big problems (or worse ). With this type of performance, transparency comes trust and assurance that bad actors can be identified much faster.

Unlike email and other data transmission mediums that hackers can use, blockchain tied-to-the Internet provides users ideal methods for creating a “trustless” digital world.

As it’s not dependent on any central authority like the government or private companies, businesses are no longer at risk of cyberattacks from outside forces, making details such as client records safe through collision avoidance with hackers in the event of the central authorities being compromised.

Blockchain technology creates a much sturdier version of electronic invoicing, perfect for simultaneously distributing costs across multiple locations, cutting out middlemen, and amalgamating payments in one unified transaction. Furthermore, with the borderless nature of blockchain technology, all types identified as “competent” to gain access can be authorized to use it by submitting their buy or sell order digitally, eliminating needless paperwork.

Using digital tokens that are fully traceable and tied to specific events influences businesses positively by making transactions more efficient, significantly reducing the amount of their supply chain they need to keep track of.

Crypto mining is not an eco-friendly action as it requires massive amounts of electricity to provide said miners with the power they need. However, the excesses of mining can be mitigated by a proof-of-stake model that creates a long-lasting, eco-friendly alternative to mining. As most centralized authorities are forced by law or financial incentives to be able farmers, this creates a large carbon footprint on the environment.

Money laundering, fraud, and other illicit applications introduce a considerable amount of “black market activity.” The culprits behind these transactions can hide their identities from each other, destroying the integrity and security of the blockchain.

A common vulnerability with the blockchain is that once users are given a private key, those keys can be replicated by anyone else who obtains access to it. Because of this security risk, many blockchains rely on cryptography and other features to make the interaction between users impossible without their permission.

Blockchain users may suffer accidental losses as data may be lost due to technical circumstances beyond human control. For instance, if your hard drive crashes with your Bitcoin wallet containing many funds, losing your private keys will render the Bitcoin lost forever without proper backups.

The Future of Blockchain Technology

Although blockchain is a new technology, it will continue to evolve. Blockchain technologies and other distributed network structures such as IOT provide the ability for secure communication between multiple parties without central authority control, which opens up the market to more possibilities than ever before.

Decentralization has some concerns, particularly around black market activity and the potential victimization of users. But considering the massive changes that it brings to the market economy and business structure, its upside potential is undeniable. 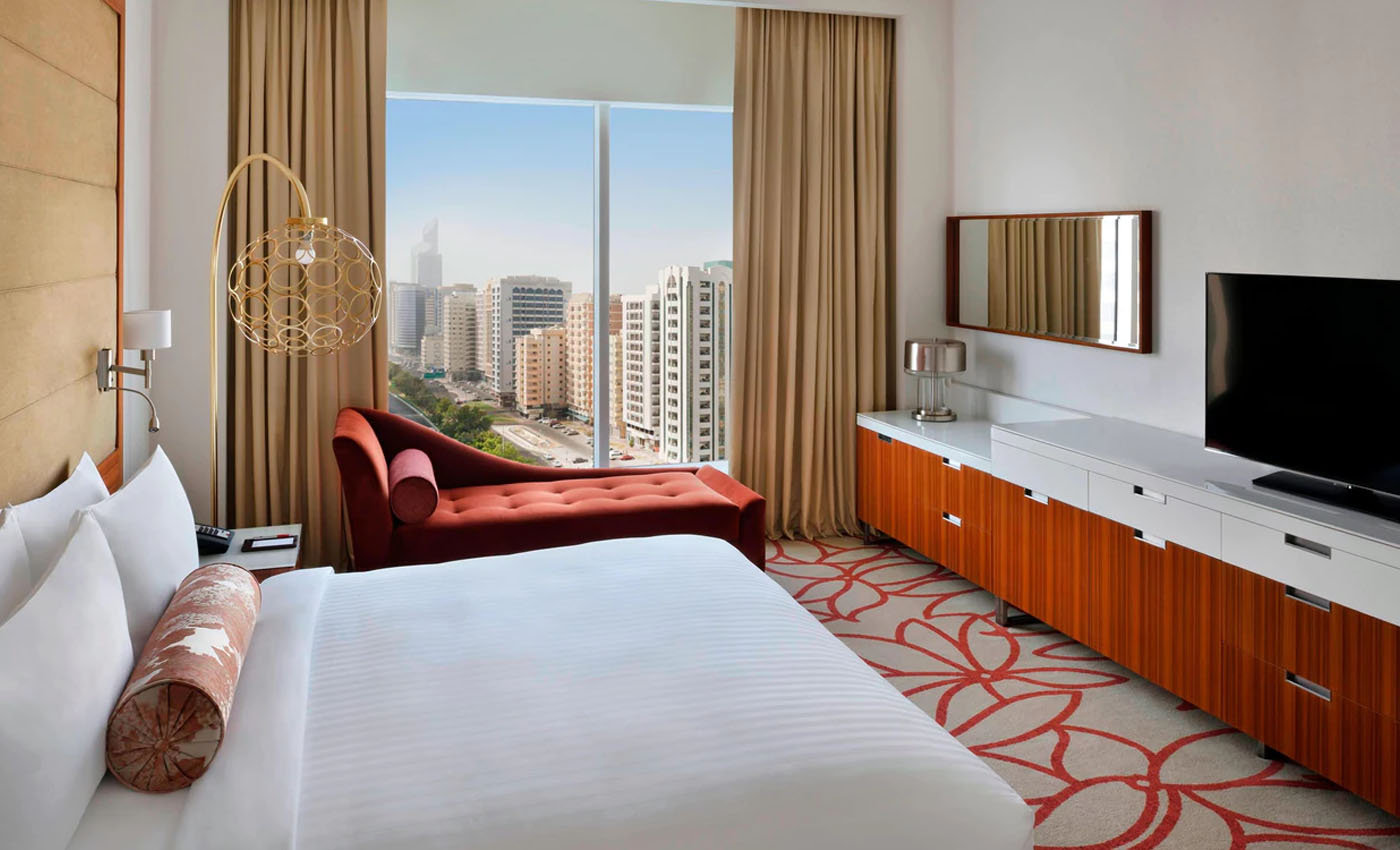 These cards come with a range of benefits and can save you money on your next trip. 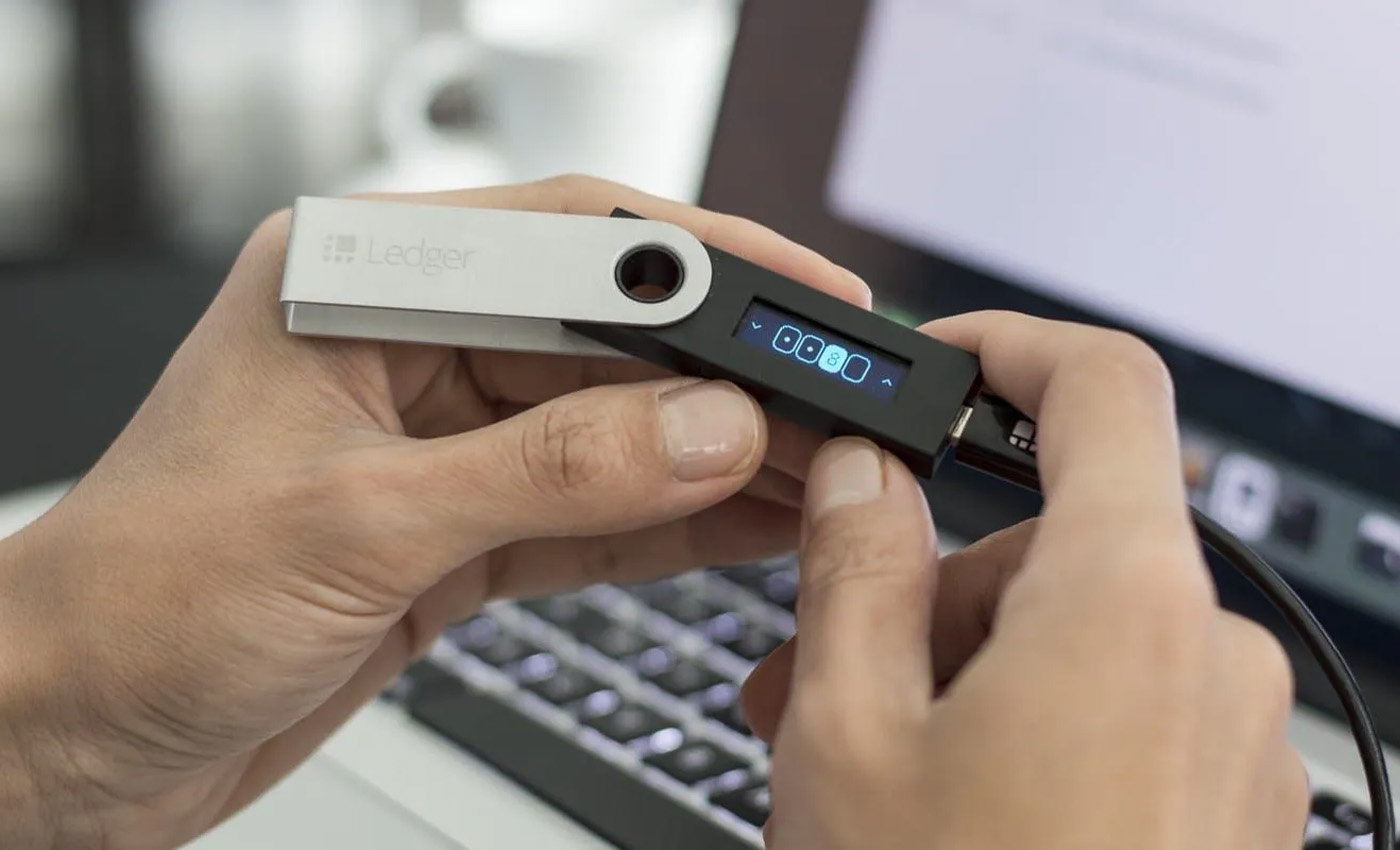 The Best Crypto Wallets For Bitcoin and Altcoins

Keep your cryptocurrency safe and secure with the help of a good hardware and software wallet. 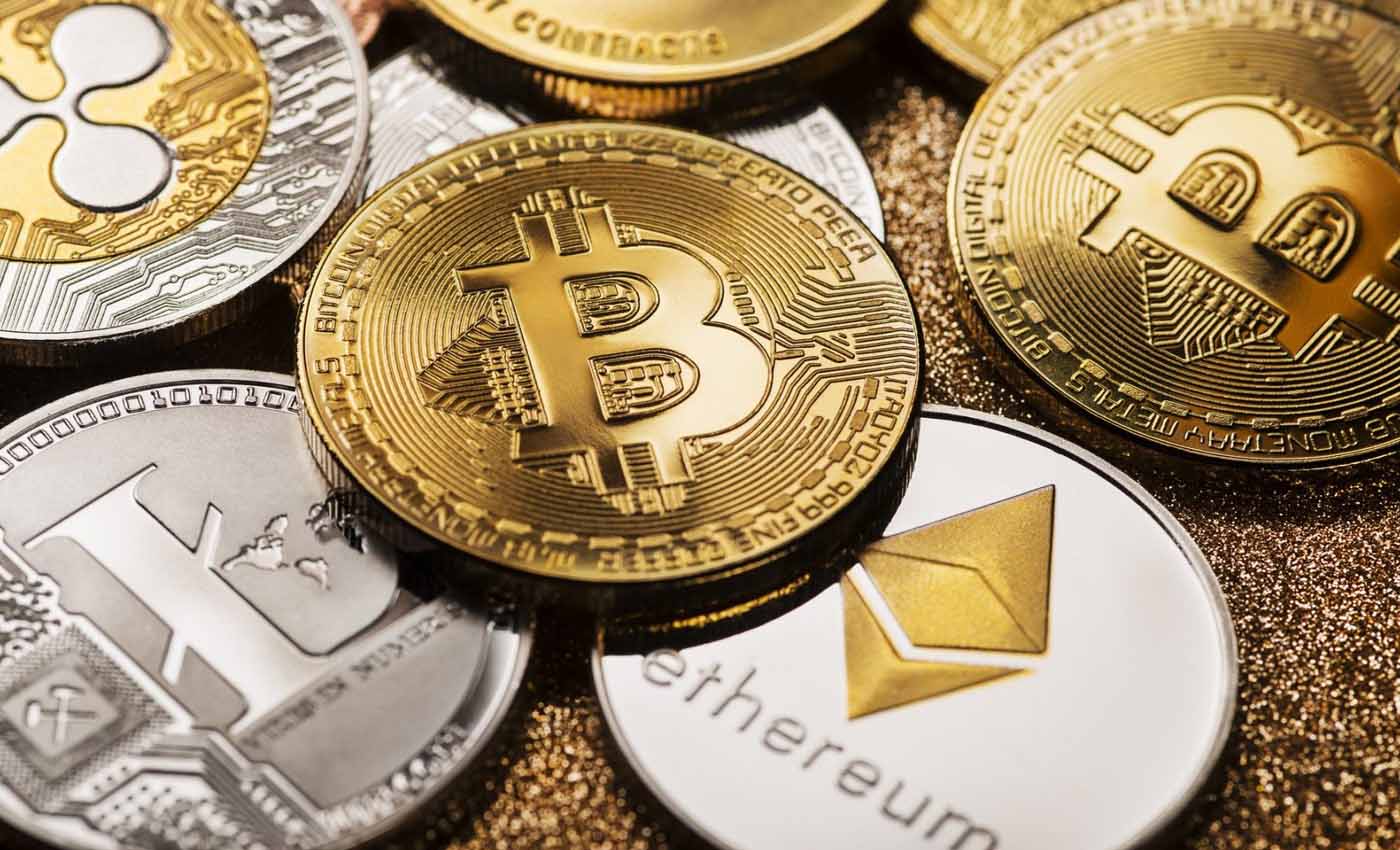 How to Get Started Buying Bitcoin & Crypto

The Ultimate Guide To Buying Bitcoin, Ethereum & Other Popular Altcoins 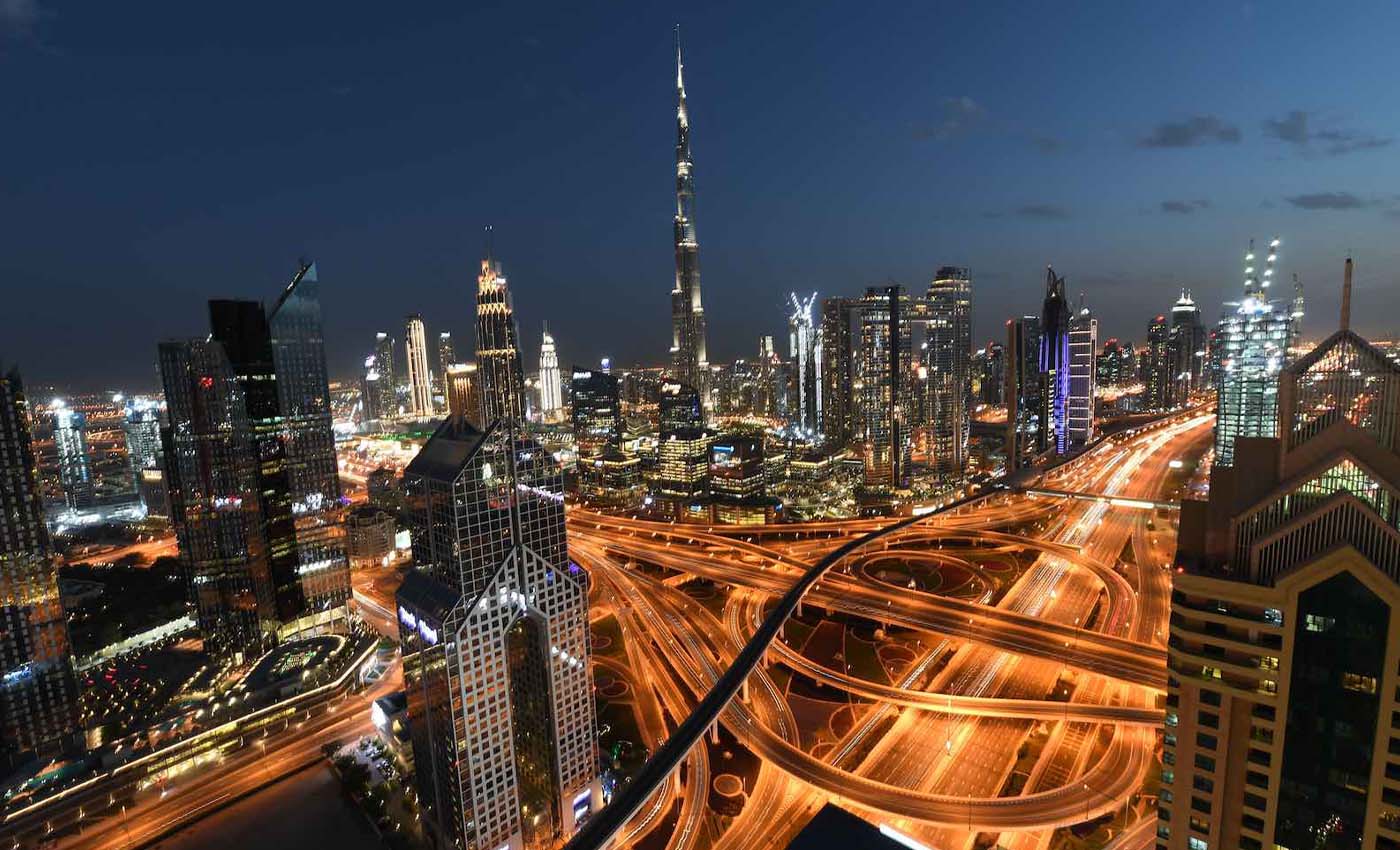 Dubai Aims to Be the World’s Crypto Hub

With its ambitious goals and deep financial pockets, it's no surprise that Dubai means business. 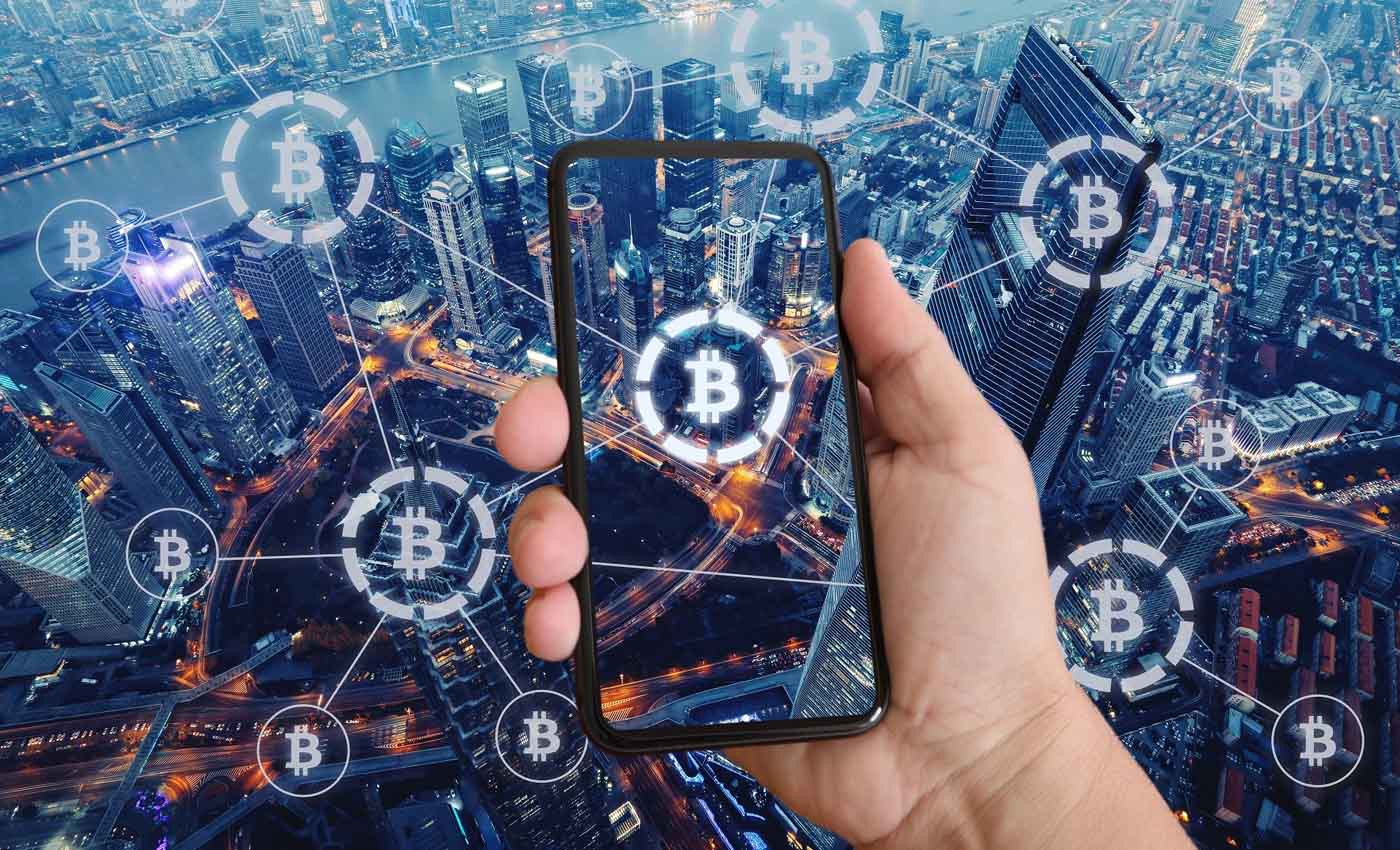 These Are the Top Crypto-friendly Cities in the U.S.

As the world moves towards a digital future, these are cities that are leading the way.
Travel. Lifestyle. Money.